On October 5, 2016, MSHA held an important mining industry stakeholder meeting, with a call to action to prevent mining deaths.

While there have been great strides to improve mining safety, leading to 2015 as the safest year in mining history in terms of the fewest number of mining deaths and lowest fatal and injury rates ever recorded, the mining deaths that have occurred this year make clear that much more needs to be done to protect our nation’s miners. With mining deaths nearing the same number as last year, and the need to have protections in place so every miner can go home safe and healthy at the end of each shift, there is a need for the mining community to increase efforts to curb these mining deaths. MSHA is doing just that and I know if we all apply our efforts we can prevent these mining deaths.

Just look at the efforts launched last August to curb mining deaths at metal and nonmetal mines when MSHA and the mining community jointly launched one of the most extensive efforts ever with great success. On the heels of a rash of mining deaths that began in October 2013 and resulted in 52 deaths within a 23 month period, the fatal prevention actions we all launched last August led to historic results. Mining deaths were held to just three over a nearly seven month period in metal and nonmetal and we had the longest stretch known in mining history for that sector where no miner died on the job for 133 straight days. Additionally, last year there were no mining deaths in the traditionally deadliest month of the year – October. We know we can achieve the goal of reduced fatalities because we have.

We are launching a renewed effort that includes help from all the MSHA staff in Coal, Metal and Nonmetal, Educational Policy & Development, and Technical Support to get out to the mine sites with enforcement and outreach at both metal and nonmetal and coal mines. We are calling on mine operators, miners, mining organizations and associations to increase attention on conditions and hazards that are leading to miner deaths. You can find the information on the mining deaths this year and best practices to prevent them posted on msha.gov.

MSHA has issued numerous recent alerts and near misses including a metal and nonmetal co-sponsored safety alert on seat beat use with our Alliance partner, the Association of Equipment Manufacturers.  In response to troubling recent trends in fatalities and nonfatal accidents, coal issued a recent Call to Safety reminding miners to “stop and take a breath” before proceeding with the next task at hand.

What can you do?

We are urging your help by conducting thorough examinations of the work place to assure conditions and hazards that lead to deaths and injuries are identified and prevented.  Also make sure your miners are properly trained to do their work and make sure your compliance program is effective. Particular attention should be paid to standards that frequently lead to mining deaths such as “Rules to Live By” and the nine standards commonly cited at underground coal mines. Please pass on the information to your miners and managers on the causes of deaths, injuries and illnesses, and the alerts being issued.

It takes the entire mining community to make sure miners have a safe and healthful work place so they can go home safe and healthy each shift.  We are counting on your help.

How can your team best prepare for the field exercise scenario portion of the Annual Surface Mining Response Training competition? Get the answers to your competitions questions at https://t.co/F7kIKvAn3s
#FlaMineSafety #SurfaceMining #MineSafety https://t.co/UBuVaUKAfS
View on Twitter 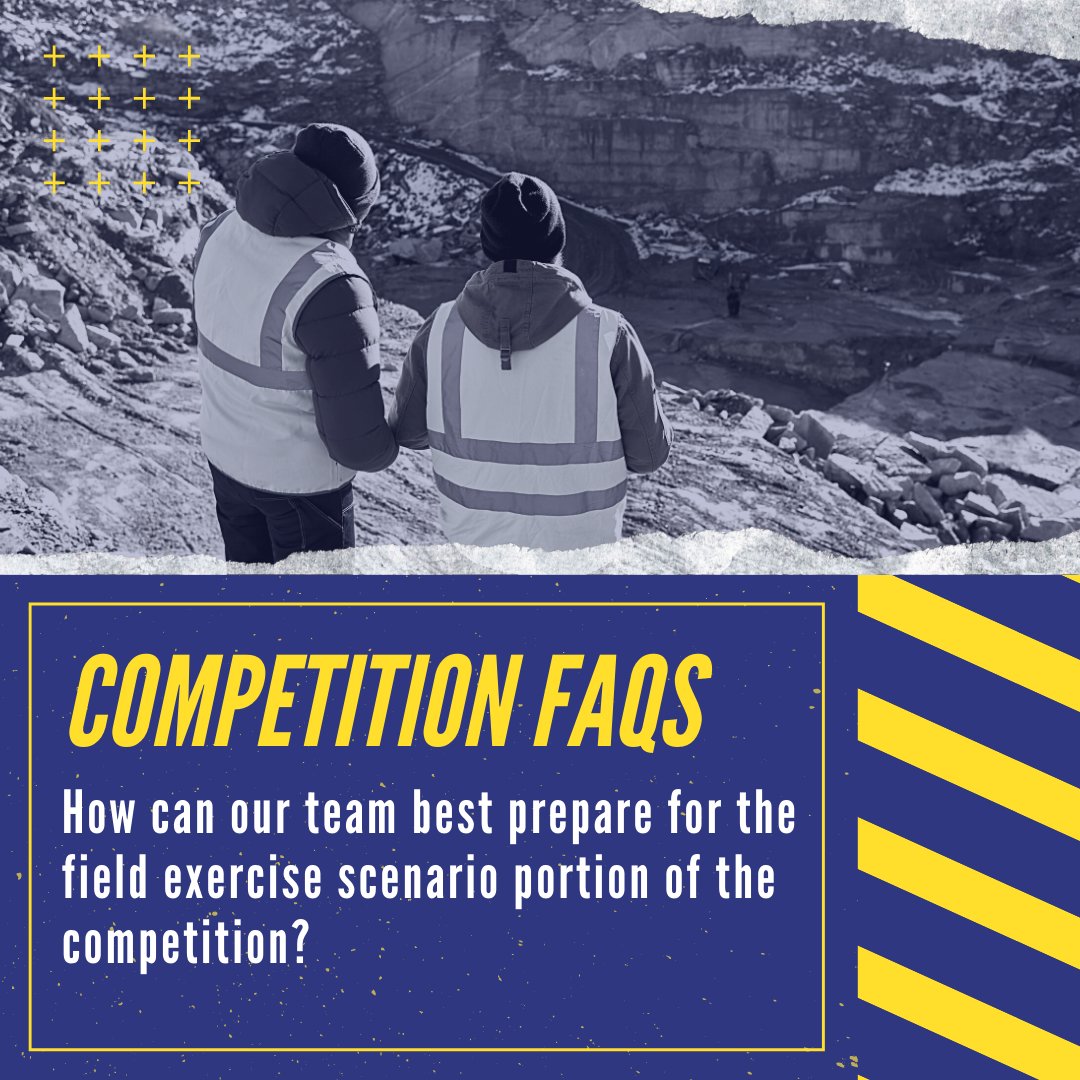 Do you have a ability that requires special training for the workplace? If you need specialized training to suit your individual needs, custom instruction can be provided at your home site or the FMSP campus. Coordinate specialized training at millerka @tcc.edu. #FlaMineSafety https://t.co/mOTvn3S9Hl
View on Twitter 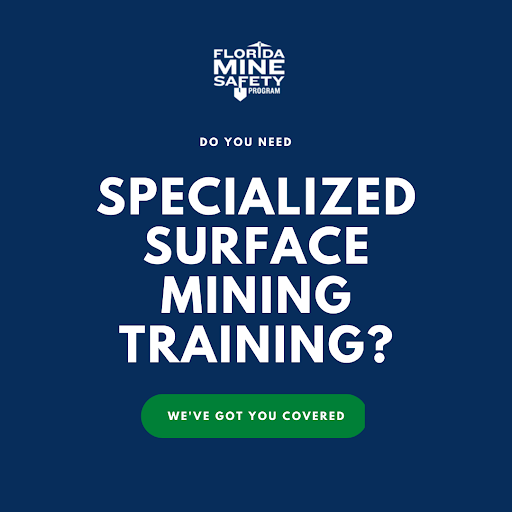 The Mine Safety Institute of America (MSIA) works to promote mine safety through the exchange of ideas, technology and experience. Apply for the MSIA at https://t.co/SLXbqsUGdx to learn more about safety in your workplace.
#FlaMineSafety #SurfaceMining #MineSafety https://t.co/8rTMc8WbM3
View on Twitter 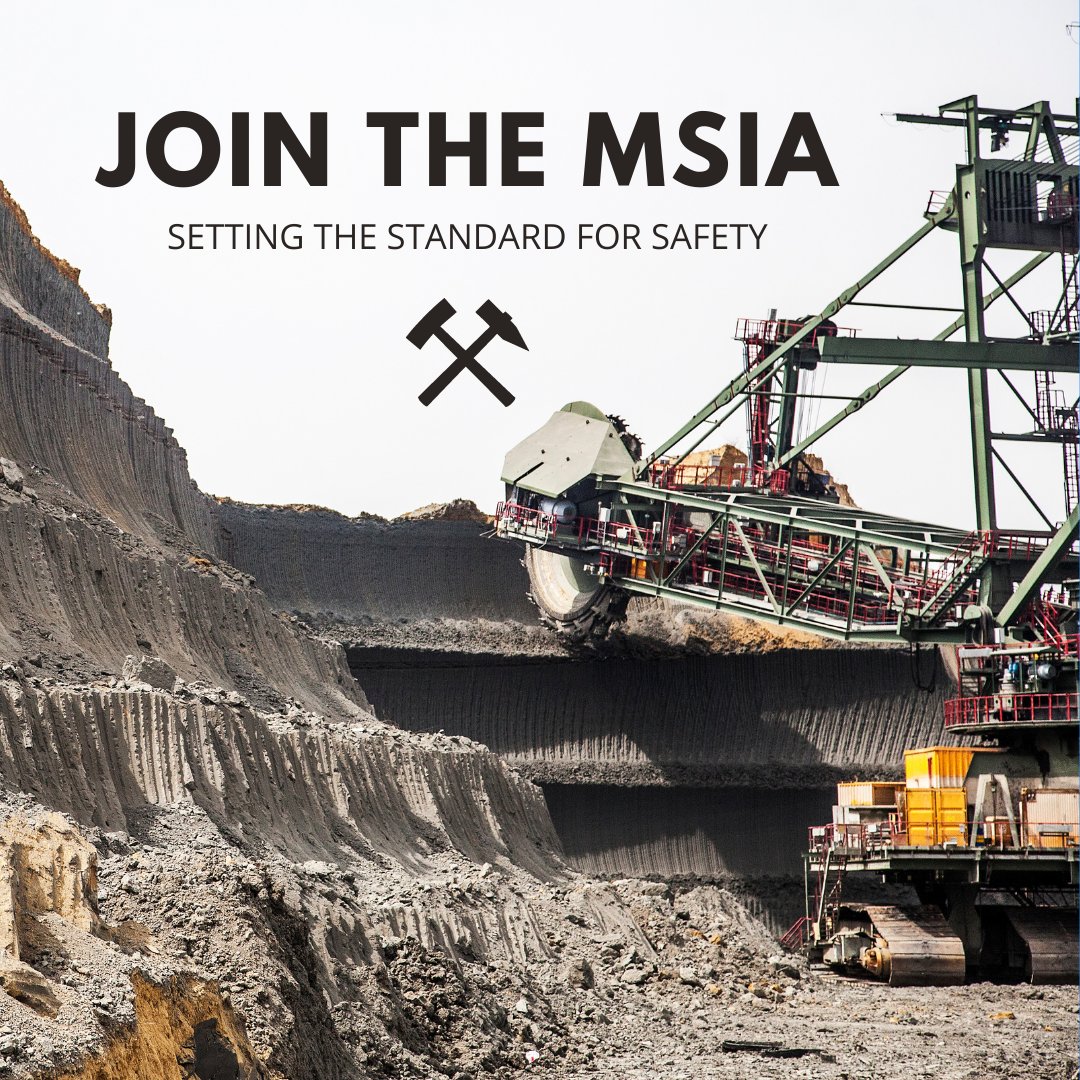 The Surface Mining Emergency Response Training & Competition is a fun way for teams to be recognized. The competition is divided into field exercises & written exams. Learn more about how to prepare at https://t.co/4jZJsOxS07.
#FlaMineSafety #mining #mine #safety #MineSafety
View on Twitter
0
0

The FMSP is dedicated to reducing the frequency and severity of mining accidents across the state. View “POWERED HAULAGE- GET THEM ON BOARD” from our 2020 TRAM conference. https://t.co/Ooi8sYDwed
#FlaMineSafety #SurfaceMining #MineSafety https://t.co/lDG3JRqDjq
View on Twitter 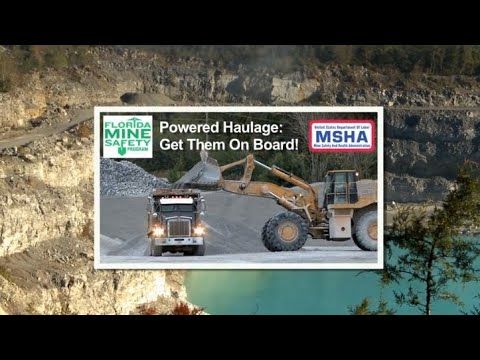 MSHA Part 46 or Part 48(b) Annual Refresher Training is required each year to maintain compliance. This 1-day class will refresh miners & contractors in safety & health hazards. The next class is 8/11. https://t.co/FwE3vtWtAB.
#FlaMineSafety #mining #mine #safety #MineSafety https://t.co/2kYMGSAUT2
View on Twitter 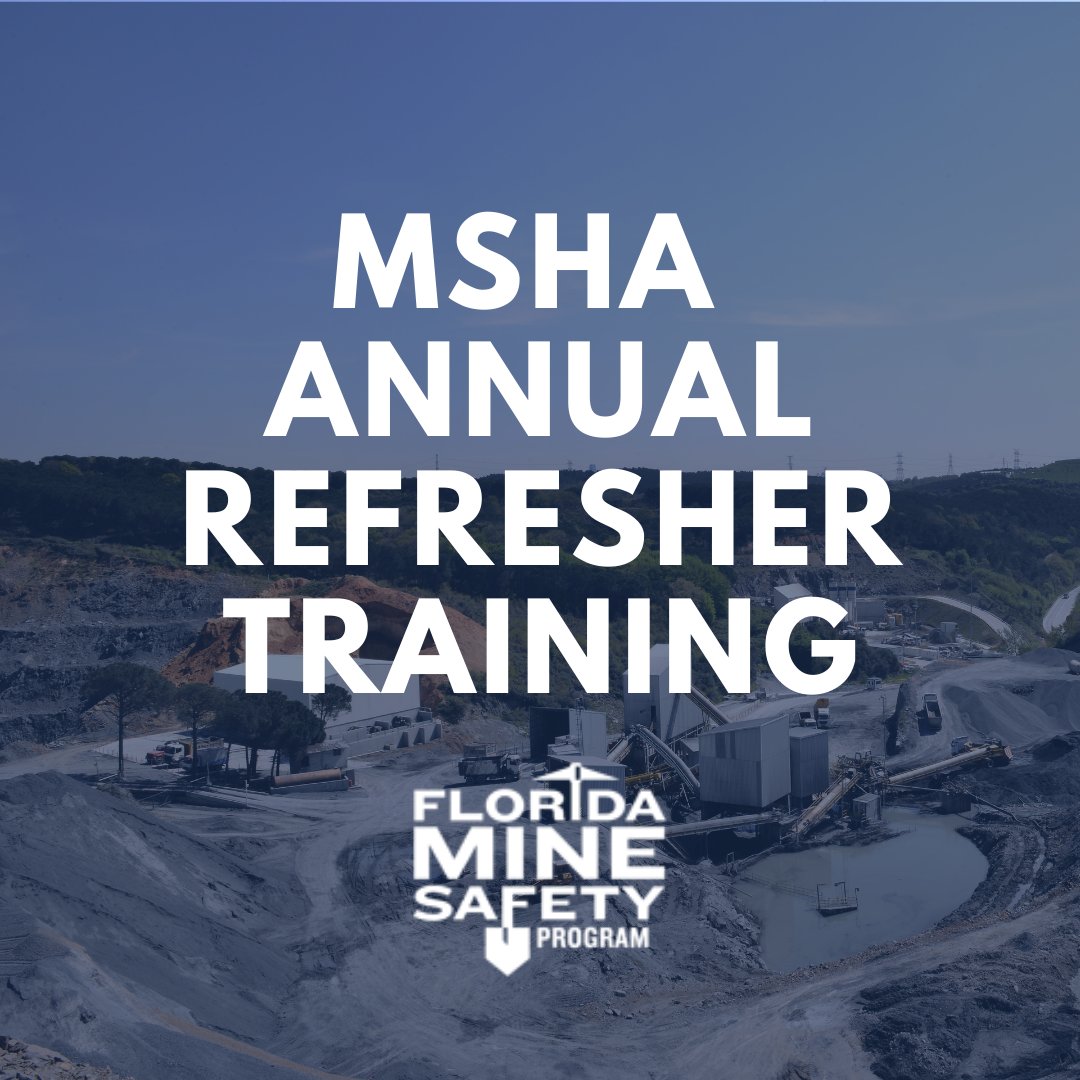 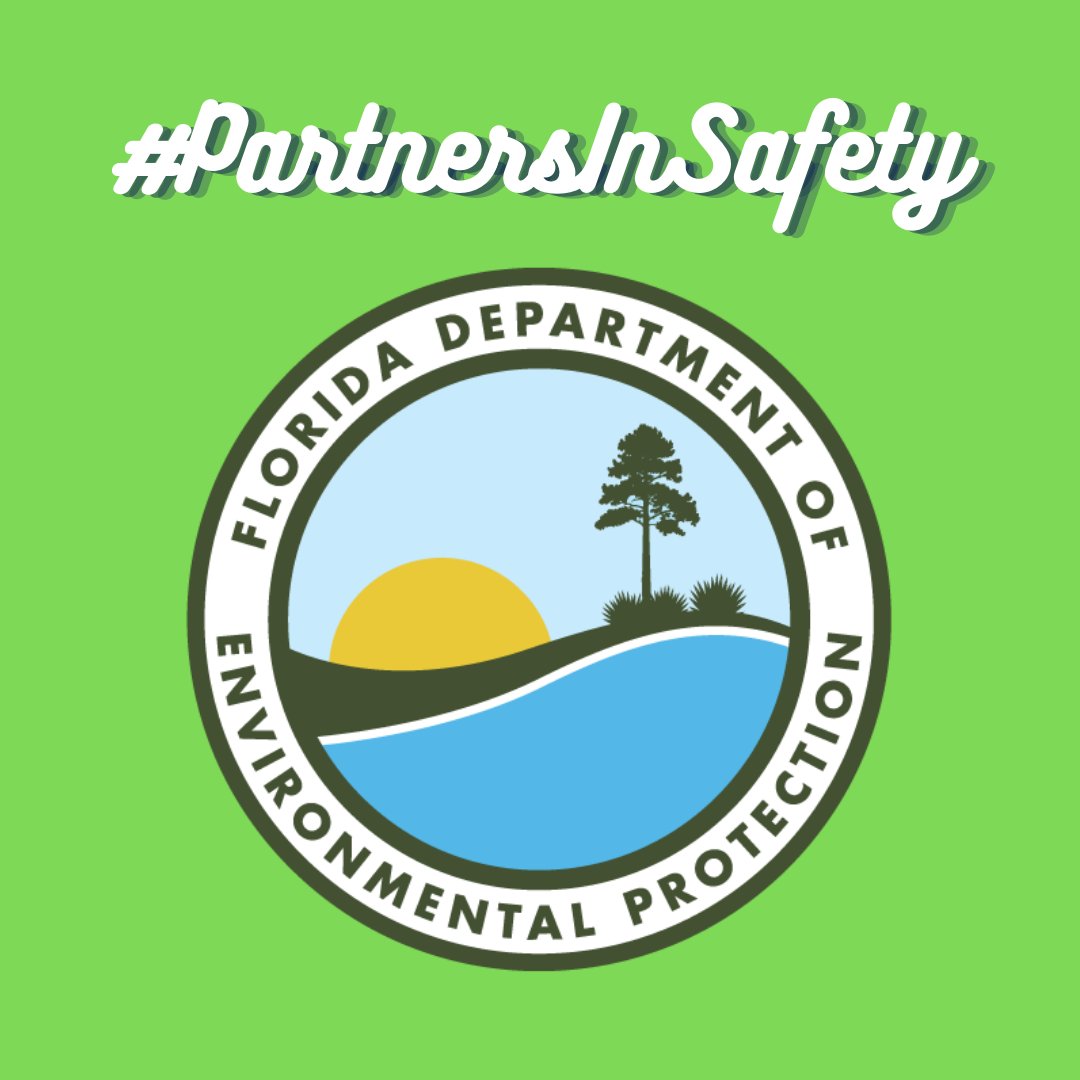 Happy Independence Day from the Florida Mine Safety Program! Have fun and stay safe while celebrating with family and friends.
#FlaMineSafety #mining #mine #safety #MineSafety #IndependenceDay https://t.co/ddO1LQ2Omr
View on Twitter 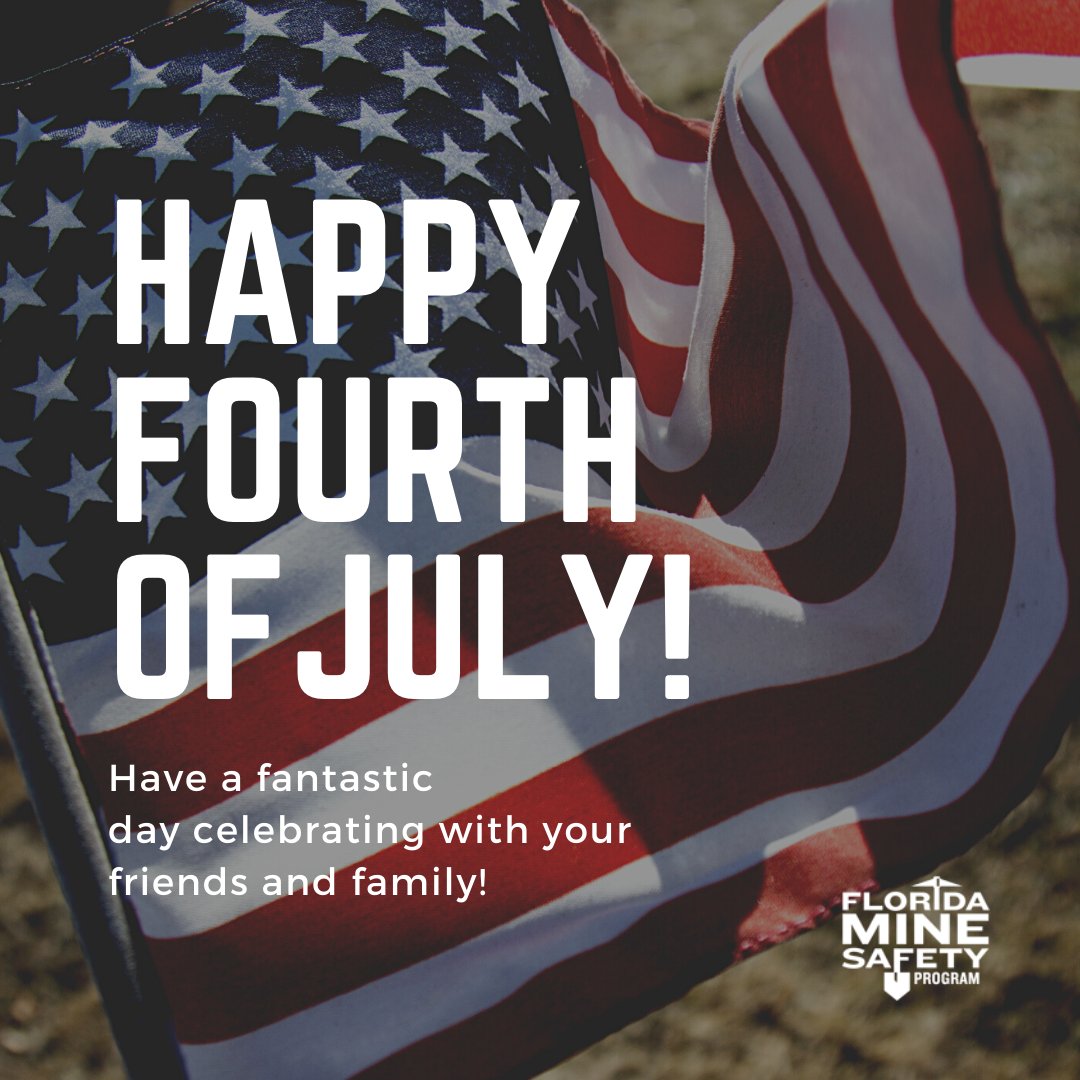 Job alert! The Mine Safety & Health Administration is searching for a training instructor based in Beaver, WV. Update your resume soon because the application deadline is July 8. Learn more: https://t.co/zpVNC7BcsN.
#FlaMineSafety #mining #mine #safety #MineSafety #JobAlert https://t.co/23ErIIt6u9
View on Twitter
0
0

Have you checked out our YouTube channel? We upload award-winning videos, competition highlights, interviews and more! The video Powered Haulage-Get Them on Board won the Blue Ribbon Award at the 2020 Annual Training Resources Applied to Mining Conference. https://t.co/StqUO3AEuF
View on Twitter
0
0 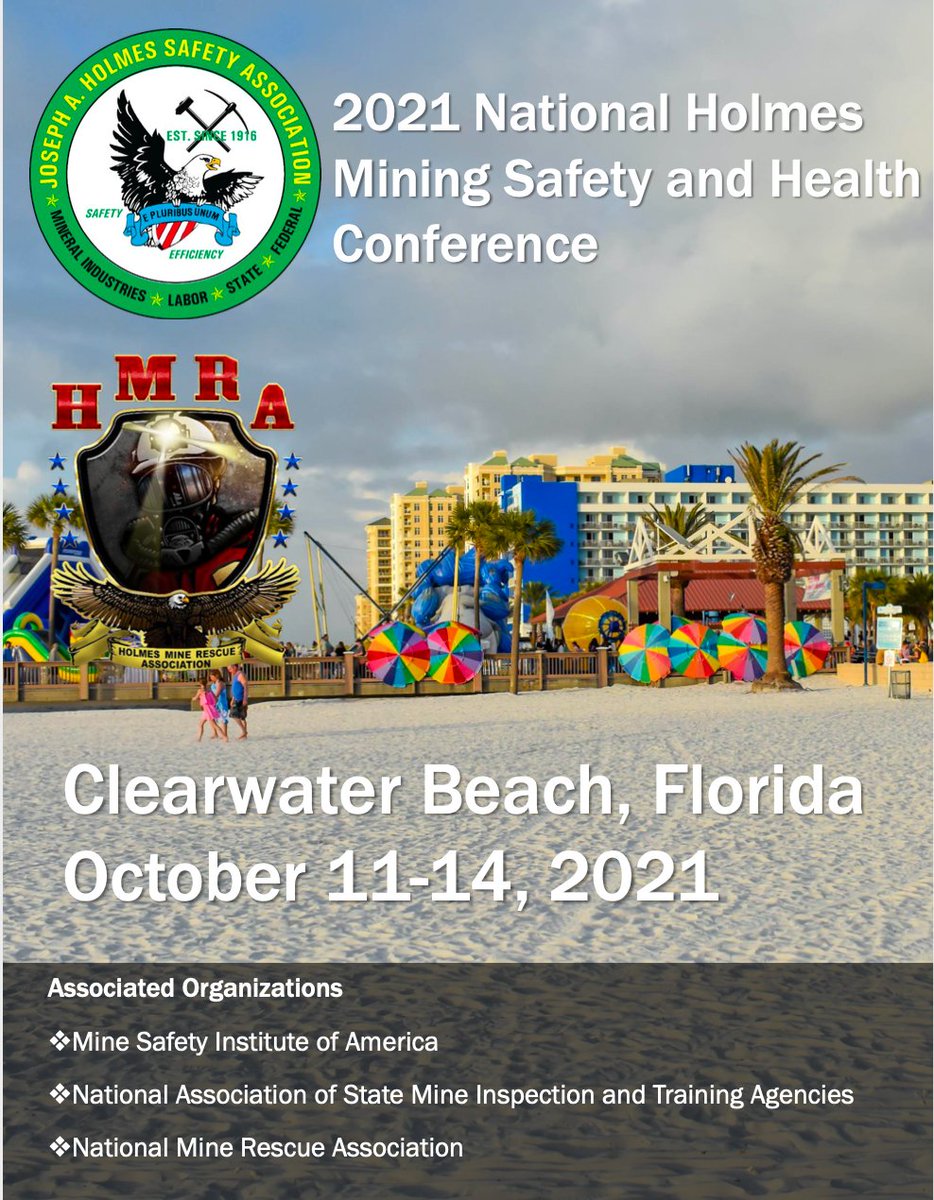 June’s #PartnerInSafety, the American National Standards Institute, offers a variety of training courses & webinars. Each program is supported by an extensive infrastructure of staff & experts. Visit ANSI’s website to view a list of course offerings: https://t.co/t8xJZNH3cH.
View on Twitter
0
1

The next International Mines Rescue Competition is set for September 9-16, 2022! Registration is open now. Visit https://t.co/WnF96CLIiz to register and read the latest updates regarding events and accommodations.
#FlaMineSafety #mining #mine #safety #minesafety https://t.co/PqNbi7OEb1
View on Twitter 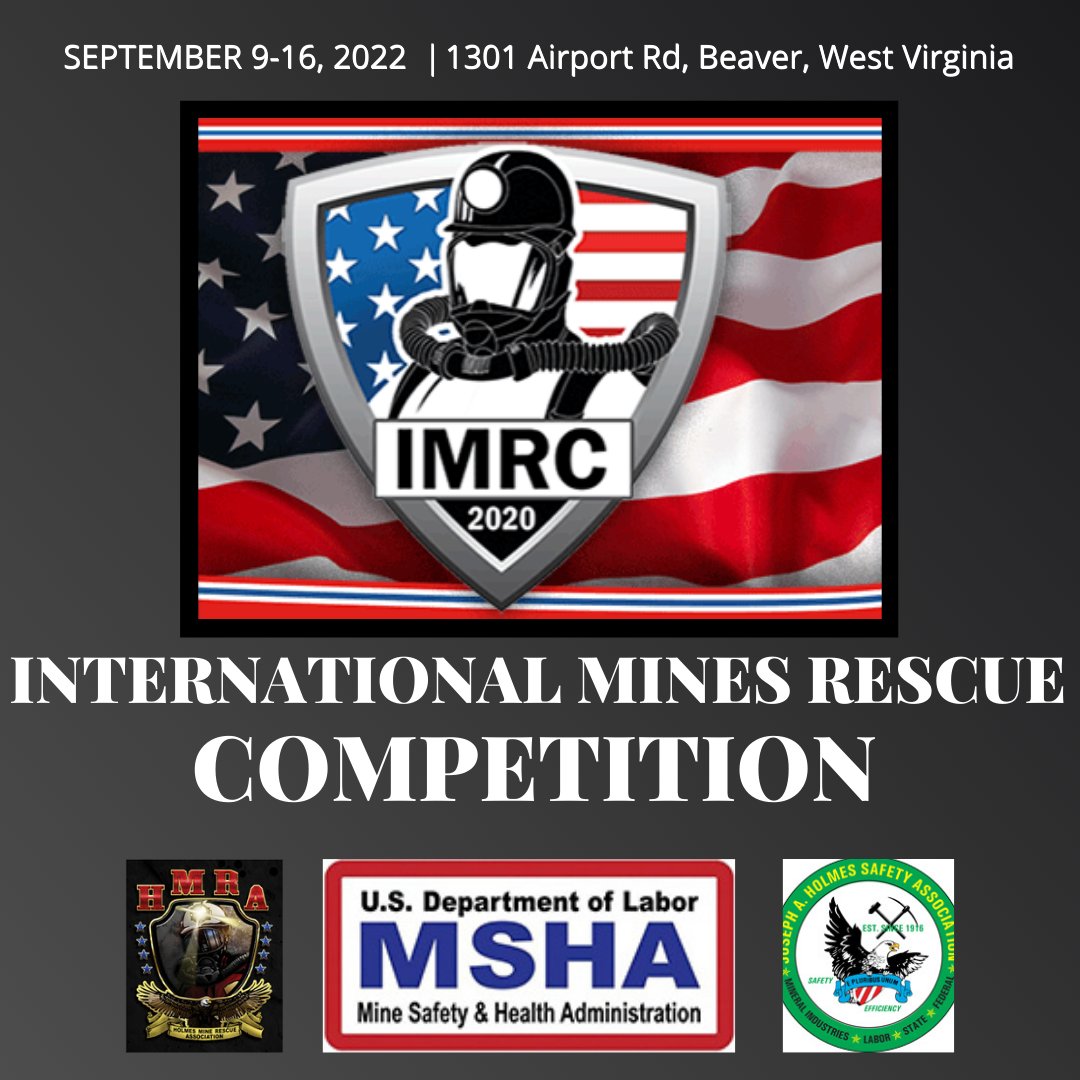 It’s important to know your rights and responsibilities as a miner. Review a comprehensive guide provided by the Mine Safety & Health Administration at https://t.co/MR4DjTChRM.
#FlaMineSafety #mining #mine #safety #minesafety https://t.co/lsWQ2tKwbZ
View on Twitter 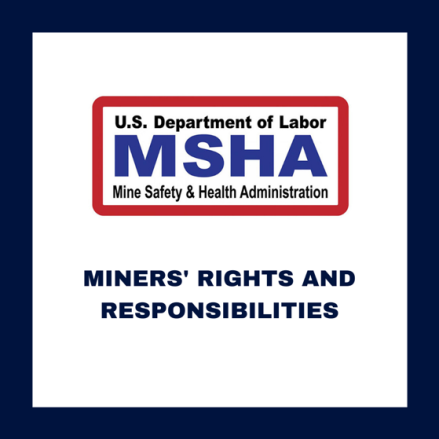 Save the date! Our Fourth Annual Surface Mining Emergency Response Training & Competition is set for Feb. 28-Mar. 3, 2022. Join and compete with other teams to test & hone your mining skills across a wide range of realistic scenarios. https://t.co/WS7kiU2xNV
#FlaMineSafety
View on Twitter
0
0 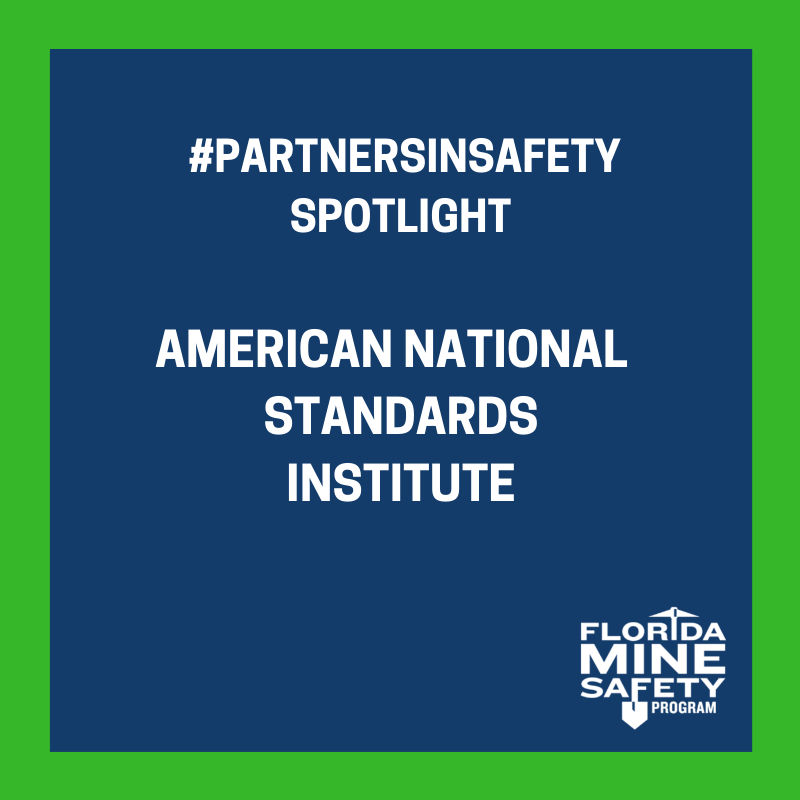 Job alert! The Mine Safety & Health Administration is hiring training specialists. Learn more about this position and browse other opportunities at https://t.co/1aEoegncQb.
#FlaMineSafety #mining #mine #safety #minesafety https://t.co/yPLMjm0I3n
View on Twitter 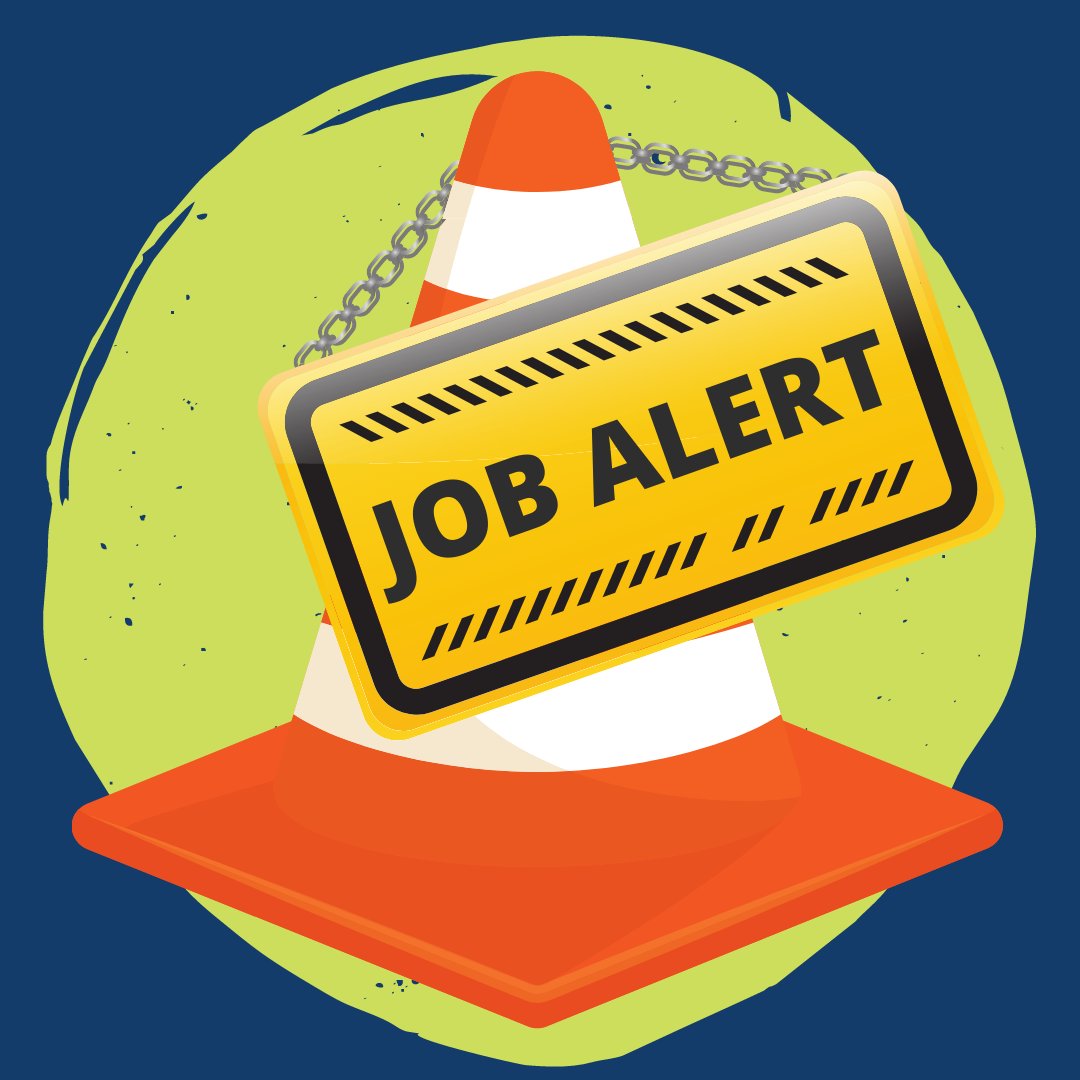 This Memorial Day, the Florida Mine Safety Program remembers the men and women who have given their lives in service to our country. Thank you. https://t.co/VrpUlhp37Z
View on Twitter 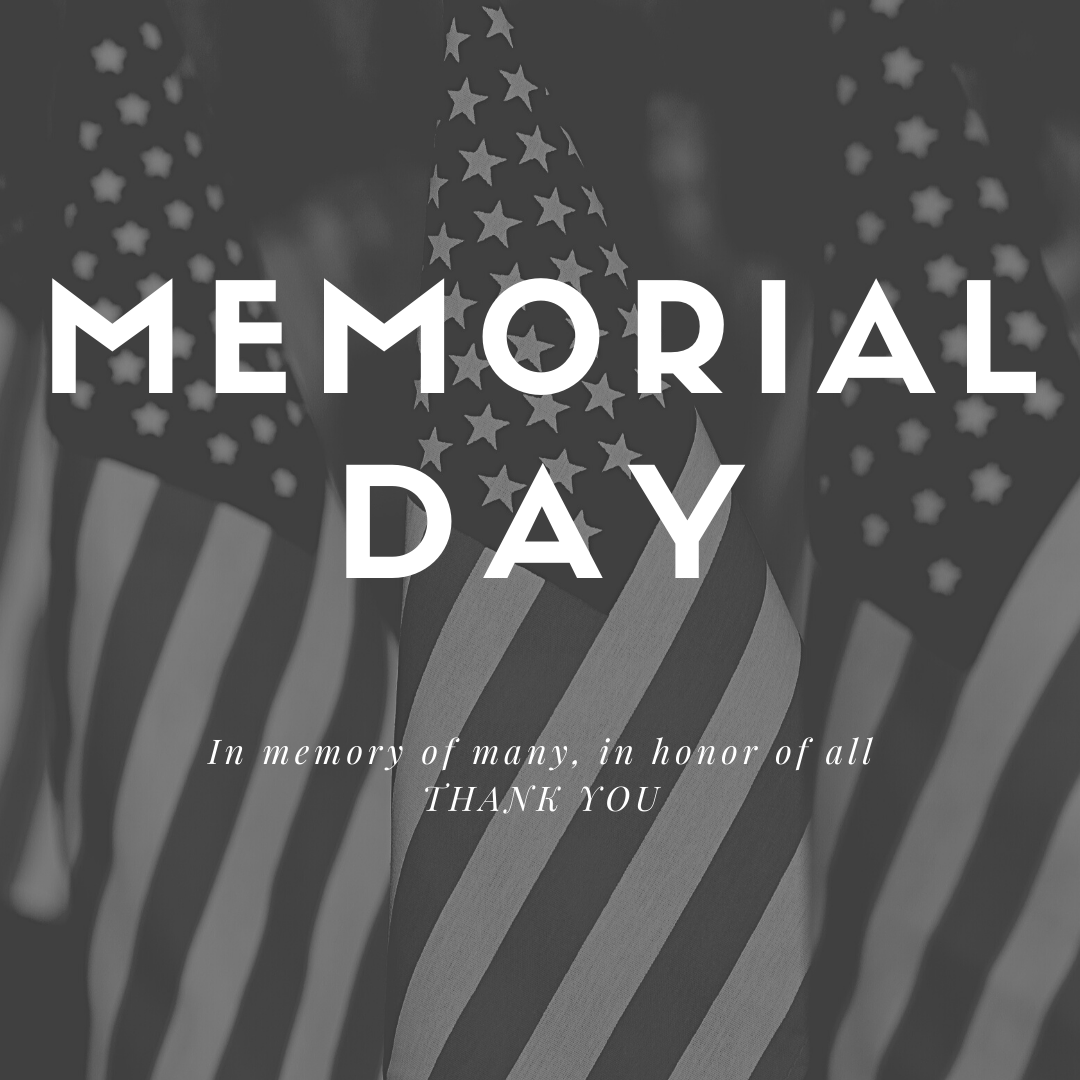 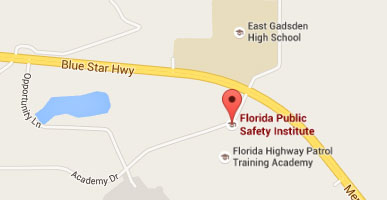